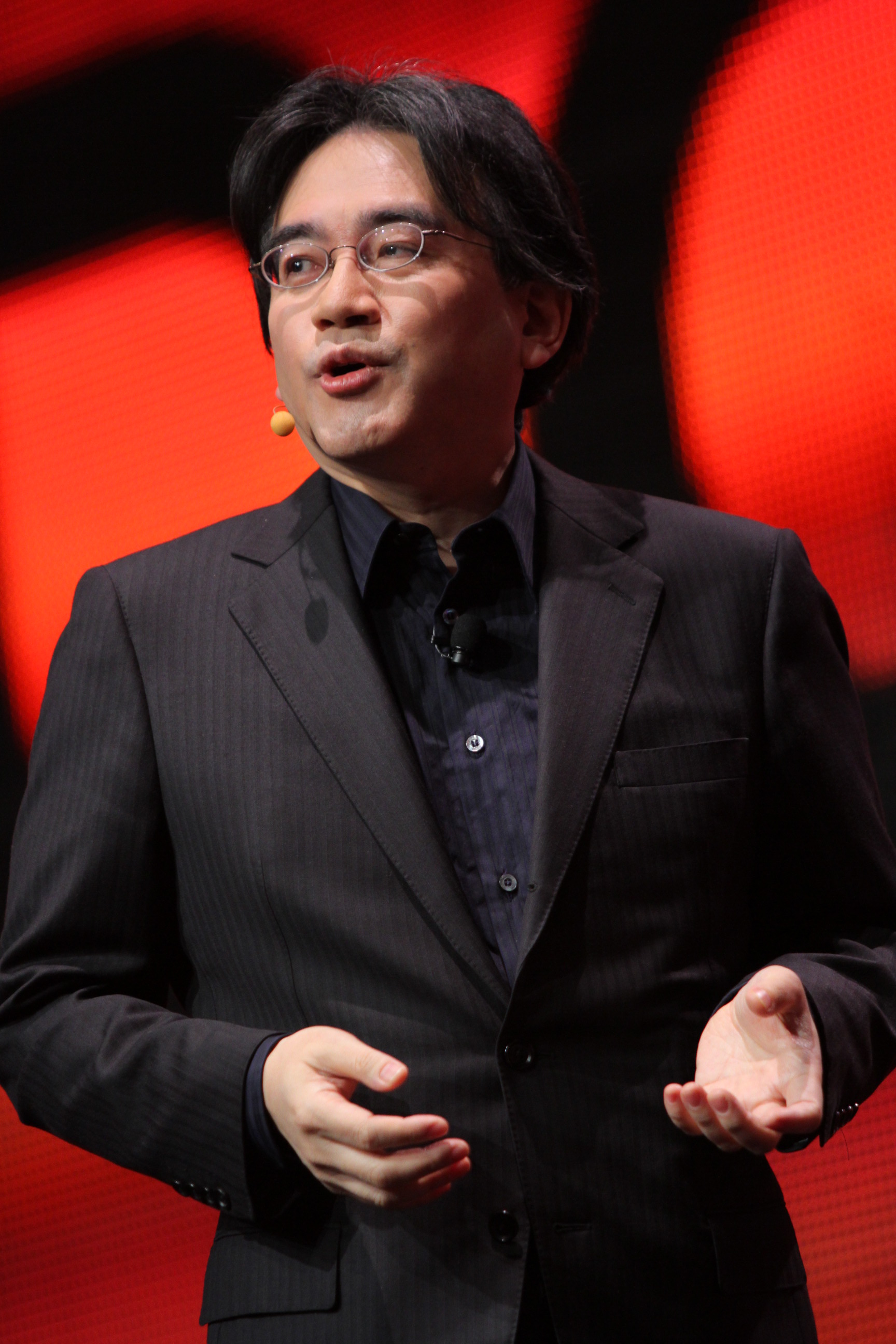 The gaming world was shocked this evening to learn that renowned President & CEO of Nintendo, Satoru Iwata had passed away due to complications from a bile duct tumour. He had missed E3 last year because he was having surgery, presumably for this problem and was not in full attendance this year either but no one was aware of how severe the issue apparently was. Iwata was only 55 years of age, too damn young for anyone to leave this world.

It’s a weird thing to actually feel hurt and to mourn for a corporate executive. I’ve never met Iwata and likely never would have. He was a unique person though, one who stood out not only in the video game industry but in gaming culture itself. He had humble beginnings as a programmer, creating his first game on of all things, the Commodore PET, called Car Race ][. After that, he became a programmer at long standing Japanese developer HAL Laboratory, who despite their independence, has worked almost exclusively with Nintendo since the 1980s. He eventually rose through the ranks to become President of HAL, joining Nintendo in 2000 and becoming its head honcho two years later, succeeding the 53 year reign of Hiroshi Yamauchi, a legend himself who originally turned Nintendo into the household name it is now. Iwata was the first person to lead Nintendo who wasn’t related to the Yamauchi family in some way, one of a great many noteworthy points of his tenure at the company.

Under Iwata’s leadership, Nintendo transitioned from a difficult era to one of the most prosperous in their history. He joined during the era of the GameCube, a competent system that I loved but which was trailing in a distant third place behind the PlayStation 2 and Xbox. He knew that Nintendo couldn’t succeed in the long term just trying to be the third player in the same console race so he decided to be bold. The company took a hard left turn and made the Nintendo DS and the Wii, two systems that radically defined core tenants of how games were interacted with and designed. They would go on to be two of the most successful video game platforms in history, selling 154 million and 101.5 million worldwide respectively and millions upon millions of games to go with them. The Wii in particular, brought video games to an entirely new audience of people that the rest of the industry once thought unreachable. Say what you will about how smartphones have expanded the gaming audience, the Wii did it before they were even a factor.

This catapulted Nintendo into the financial stratosphere, at one point making them the second most valuable Japanese company, only behind Toyota. In recent years, they’ve struggled. The 3DS is successful but not nearly to the degree the original DS was and despite being a great system, the Wii U is all but a complete failure. Nonetheless, Nintendo made so much money under Iwata’s leadership that they could run losses in the many millions until something like 2050 before running out of cash. That’s not even taking into account any credit, that’s just raw money in the bank. There are only a small handful of companies in the world with that kind of liquidity and much of that came under his time.
Nintendo’s always been a weird company that has marched to the beat of their own drum. They are often loved for that and indeed, they have produced some of the most unique and polished gaming experiences anywhere because they are willing to think in ways others can’t or won’t. This unique thinking is not without its drawbacks though. They are only now starting to figure out how to do online connectivity well and are still light years behind the competition. They still see YouTubers and streamers as their enemies, despite embracing both platforms with expert precision for their own purposes. Their support of third-party developers and publishers has always been poor and with the failure of the Wii U, it’s all but non-existent now. They don’t often respond to feedback from either the gaming public, the press or investors and this is often interpreted as arrogance. Indeed, the “enthusiast” press tends to take shots at Nintendo whenever they can, in no small part because they are so hard to work with. These are all things Iwata had the power to change, if not at least influence and he did not seem to do so. One can argue how much this is just rooted in conservative Japanese business culture that often changes at a glacial pace and how much it really hurt Nintendo in the end but they were still concerns.

Despite all this, gamers loved Iwata and with good reason. Most CEOs in the gaming industry are sleazy corporate sales types, the same kind we see and usually dislike everywhere. They’re all about the business and just see games as a means to money and gamers as commodities. Many of them aren’t even gamers themselves and really don’t even understand the audience they serve. One can be forgiven for thinking that many leaders in the games industry see customers as enemies rather than allies. You can look at any number of things various publishers and platform holders have done over the last few years as proof of that.

You couldn’t say that about Iwata though. He spent his entire career making games, playing games and watching the medium evolve from it’s core inception to the monolithic, universally appreciated art form it is today. He understood that the medium needs innovation and that quality takes time. He understood that technological horsepower isn’t always what makes the best experiences and that game play triumphs over all else. He did interview series with his own developers. When Nintendo was losing money, his mea culpa was to cut his salary in half. When investors were demanding he lay people off, he refused, saying that it was only a short-term fix that would ultimately hurt morale and creativity. These things are absolutely unheard of in modern corporate culture, they just don’t happen. They did at Nintendo because of him.

When the company was at its peak during the Wii and DS years, he had every reason to let success go to his head and become arrogant like so many other corporate titans. Instead, he was always meek and humble, politely asking people to “please enjoy” the games he would present at events. At E3 2013, he was in this photo with Shigeru Miyamoto and Reggie Fils-Aime. There was no corporate benefit to three executives being goofy in a photo together, they just did it because it was fun and they work in an industry that’s supposed to be about fun. When do you see that from a big company any more? This was the kind of leader he was. One that knew how to run a multi-billion dollar corporation but who also intimately understood his customers and how to make them happy. He knew because he thought like us–because he was one of us.

Of all the people from the games industry I would have loved to meet and thank for the impact they have had on the gaming hobby that’s such a big part of my life, Iwata and Miyamoto would be near the top. If I could have met him, I would have shaken his hand, thanked him for all the great memories his company and games have provided me, the dark times they’ve helped me through, the great times I’ve shared with friends playing them and that not only the games industry but the business world as a whole need more leaders like him. He was truly one in a million. He was irreplaceable and left gigantic, Donkey Kong sized shoes to fill. I’m sure Nintendo will soldier on and continue to blaze the path others don’t dare to but it is indeed the end of an era. Even if you don’t like Nintendo games, Satoru Iwata has helped shape the games industry in ways you may not see and we all owe him a great debt of gratitude.

Thank you for all you have done for the medium we love Iwata-san. You will be missed.